Our Location - Directions - Areas Nearby

Gavalohori and Vamos are traditional pretty villages located in the Apokoronas municipality on the northwest coast of the island of Crete, just 25km from Chania center and the old Venetian town.

The mountains are ideal to enjoy walks, bird watching and bicycle rides. In the immediate area one can visit several churches, Venetian arches and wells, Roman tombs and an olive oil factory.

Just a short drive to sandy beaches with watersports and the convenience of the facilities one may need while on holiday Prinolithos Villas makes the ideal base from which you can explore the west Crete. 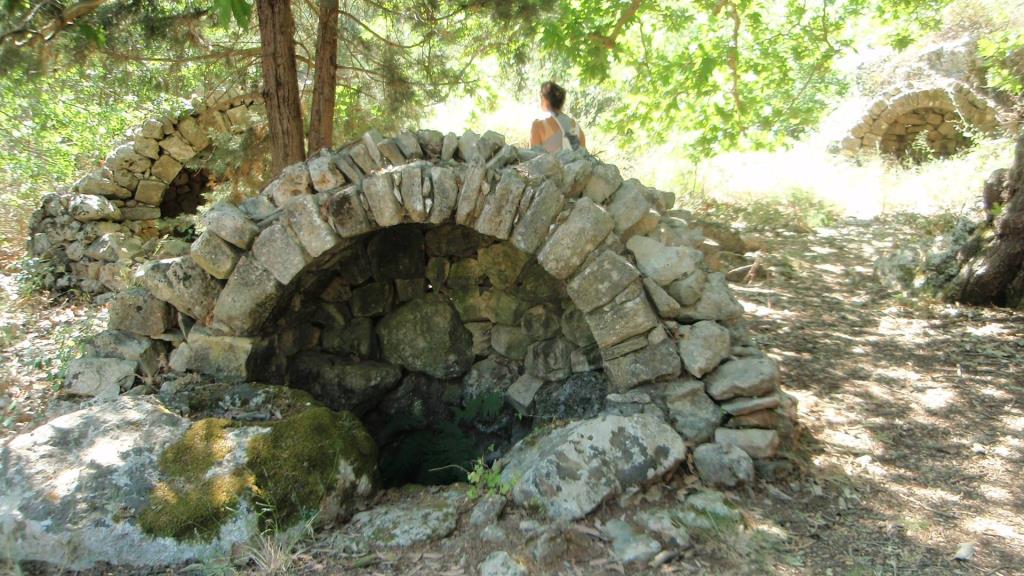 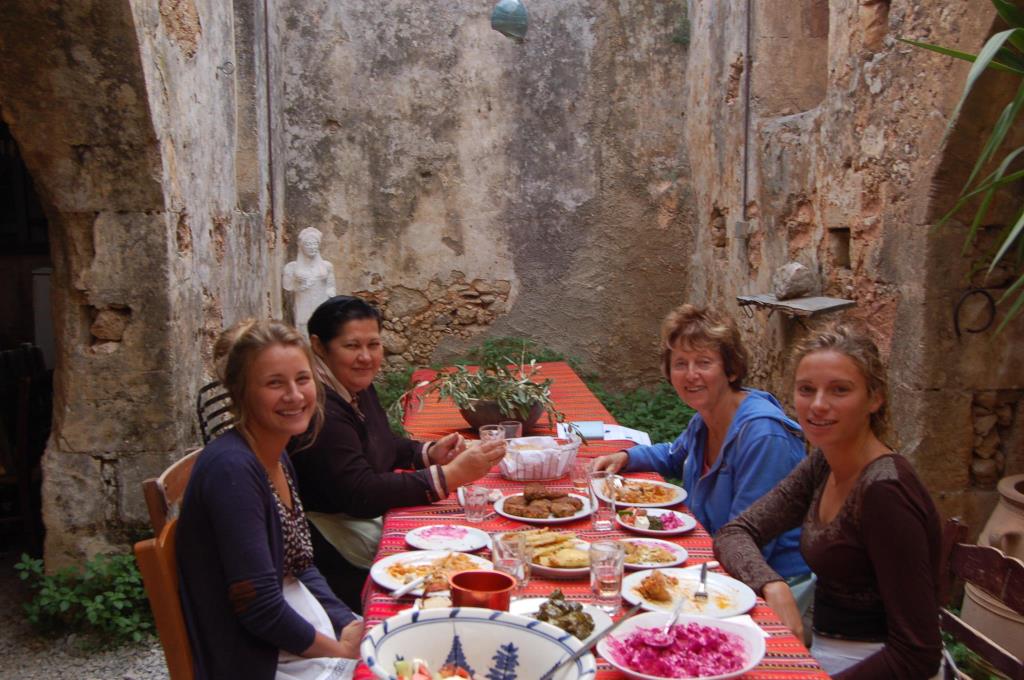 Almyrida Village Almyrida is located 23km east of Chania city and 13 min of Prinolithos Villas, on the south shores of Souda Bay and close to the Cape Drapanos. It is a very quiet resort with all basic amenities and superb sea. The unspoiled countryside and the lush oil groves around Almyrida are ideal for hiking and exploration.

Kalyves Village Kalives is a seaside resort located 19km west of Chania, on the south coast of Souda Bay. This picturesque village is built on a fertile green valley, where several rivers flow. The village's name (i.e. “Huts” in Greece) seems to come after the primitive huts that were built by farmers in their fields, to spend the summer nights. Near the village, on its west side, flow the river of Koilaris. Moreover, the several springs inside the sea, combined with the rivers, decrease the sea temperature.

Kefalas Village Kefalas is a large village with beautiful old trees, old stone houses and many churches. In the square of Kefalas, you can see the old school which now works as a School of Environmental Studies and next to it a very old house that has been renovated and turned into a museum filled with objects that represent a typical village house from the previous century. In the museum the entrance is free and is open most of the summer evenings until 10 pm. 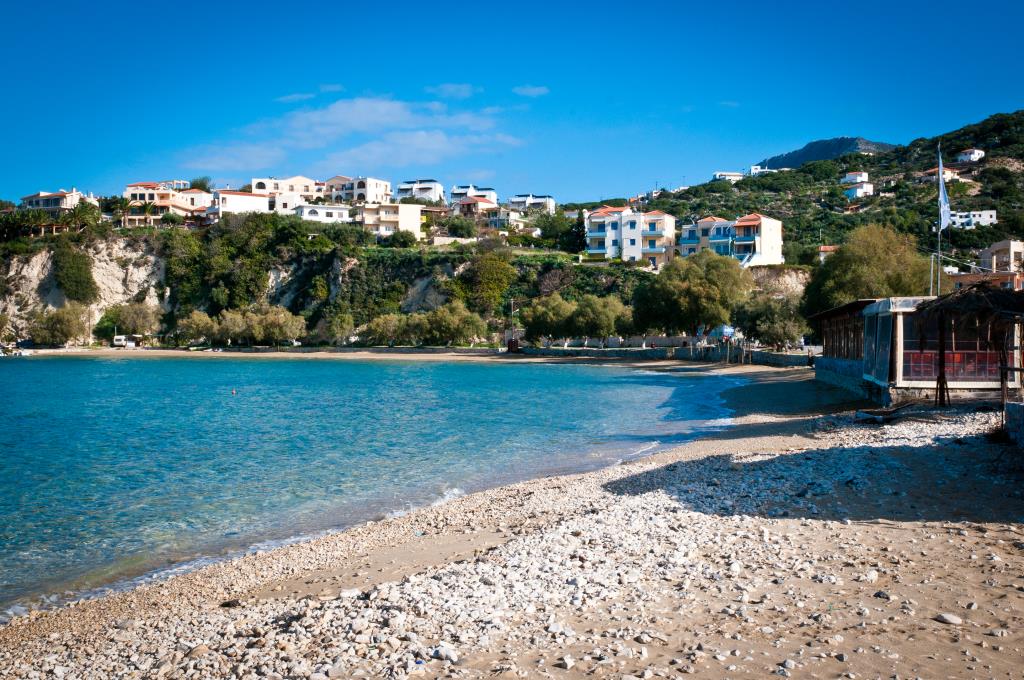 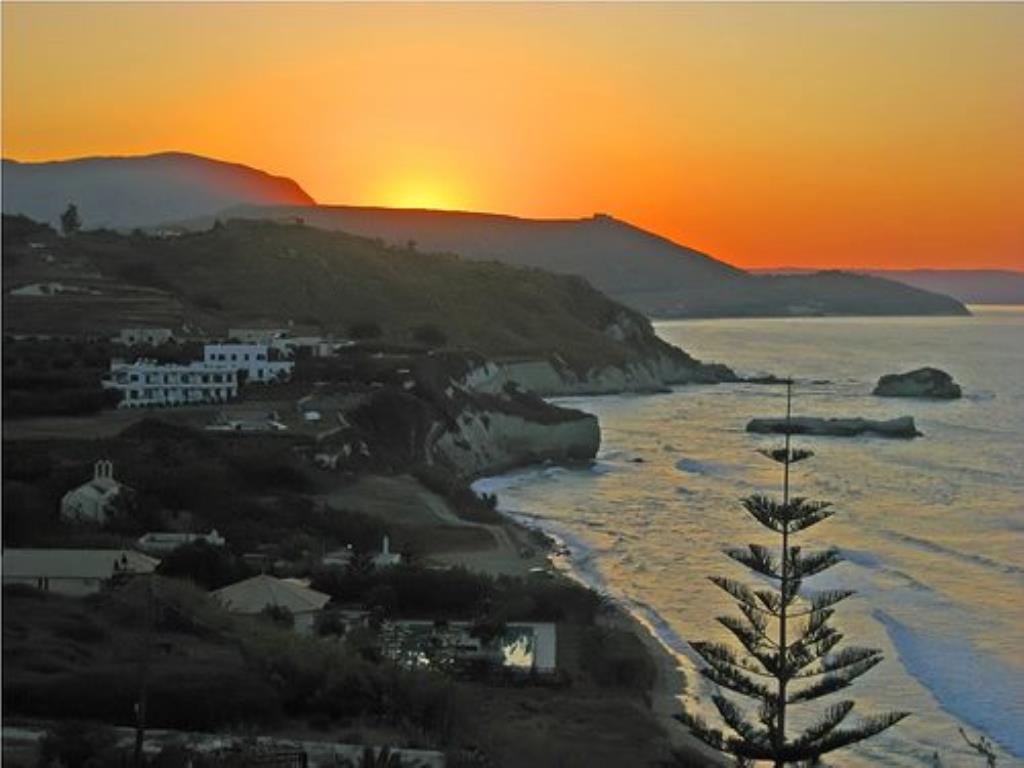 Kera Beach
Kera beach is located around 8km from Prinolithos Villas, on the south shores of Souda Bay and close to the picturesque villages of Kalives and Plaka. The beach with the soft sand and some pebbles in places is situated in a wonderful landscape, with towering cliffs around. The sea is shallow and crystal clear. It is not organized, although there are several options for accommodation and food in the wider area. It is an ideal choice for those who do not like crowded places. Kera is overlooking the island of Karga. On the other side of the beach, on the west, there is an amazing elongated rock in the sea which locals call Karavos (i.e. ship) because it reminds of a boat.

Kalives
Kalives have 2 sandy beaches beaches, one in the village and a quieter one to the west of the village

Ombros Gialos
Ombros Gialos (or Omprosgialos) is located 11,5km from Prinolithos Villas, on the east coast of Drapanokefala, near Kefalas and Paleloni villages. It is a rocky beach with blue deep water. There is a small harbor with a dock, from which swimmers usually dive in the crystal waters. Next to the harbor there is only one tavern, very famous for its fish dishes. The coast is not well organized and is quite far from well organized accommodation choices. The sea around Ombrosgialos is ideal for snorkelers and scuba divers.

Kiani Akti
At the exit of the river Kiliaris, 1km north of Kalives, is the tranquil beach of Kiani Akti or Glaros. Kiliaris transfers water from the White Mountains. It is one of the few rivers in Crete that has water all year round. The sea water near the river is quite cold. 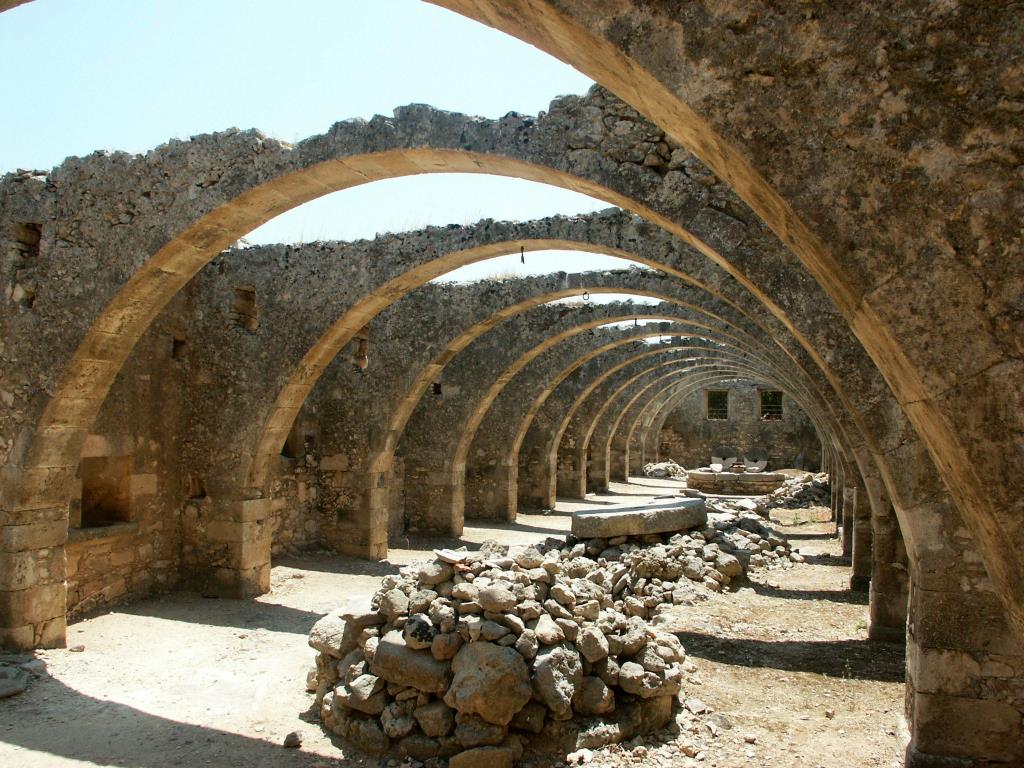 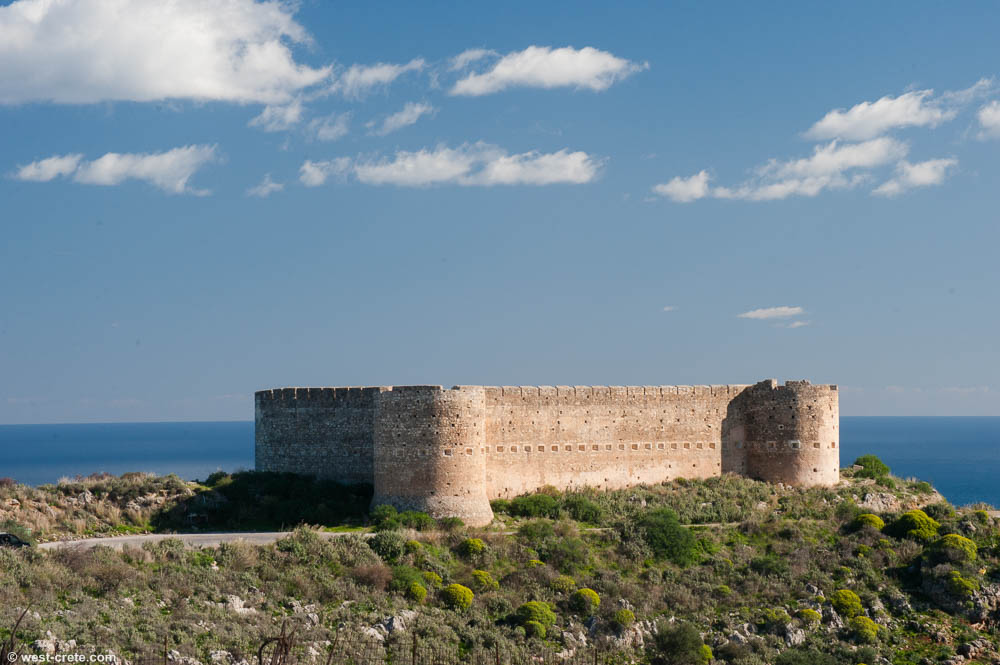 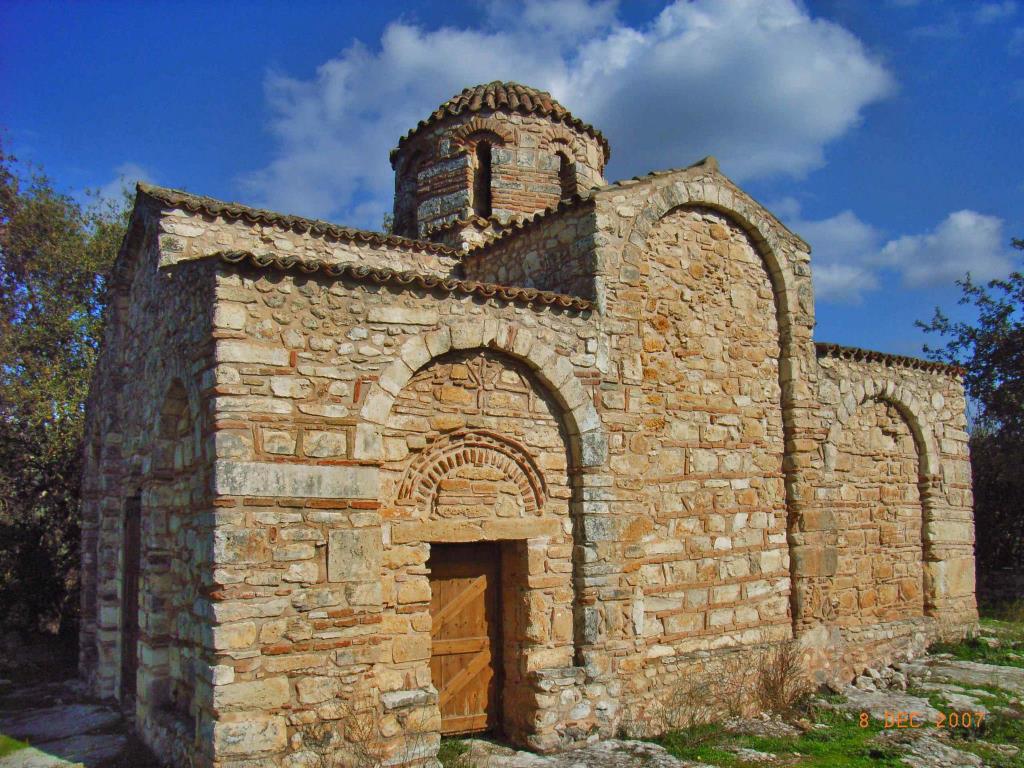 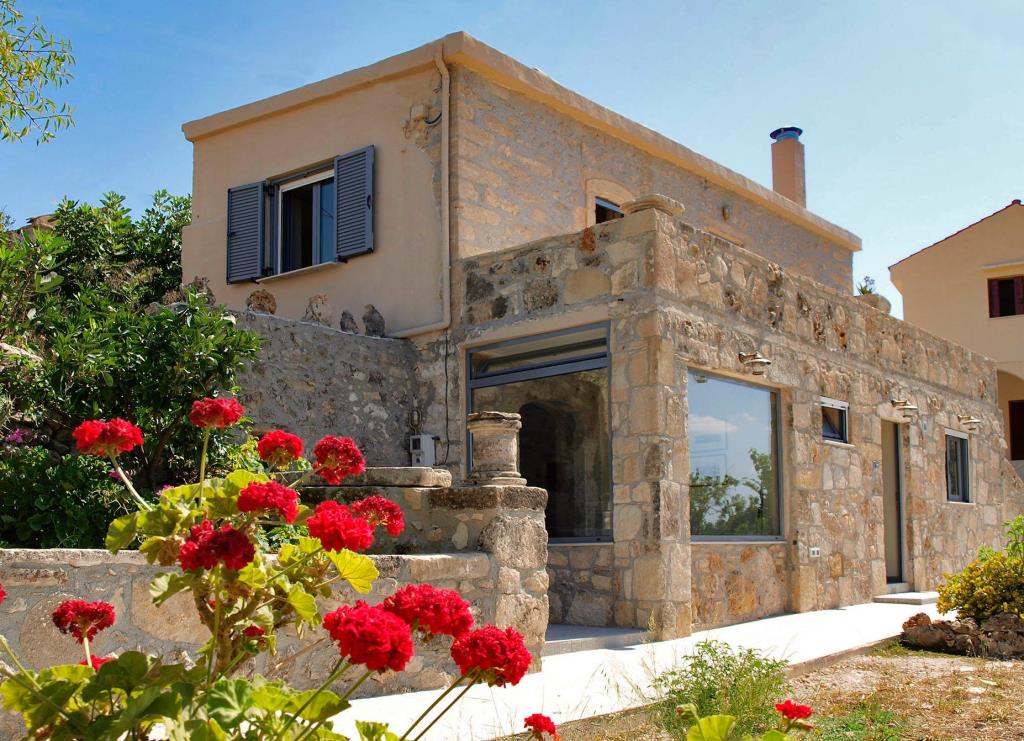 Saint George Monastery at Karydi
The Monastery of Saint George in Karydi (in Apokoronas Province) is located about 2km east of Vamos village. The monastery was abandoned for many years but was restored in 1996 and today it is operating normally. The monastery is the unique of Apokoronas province and is the most interesting monument of folk architecture in the prefecture of Chania.

Monastery of Chrysoskalitissa
The monastery of Panagia Chrisoskalitissa is located 72km south of Chania, very close to the magnificent lagoon of Elafonissi. It operates as a nunnery and reminds of a fortress, perched on a 35m high rock with boundless sea views.

Historical and Folklore Museum of Gavalohori
The museum was founded in 1968 and was officially opened in September 1993. It is housed in a building that is a typical sample of the local architecture and is housed on two floors: the ground floor with a balcony, internal yard, an arched house with auxiliary rooms and a mezzanine. Part of the building was built during the Venetian period, the first floor was built in Turkish Era.

Monastery of Agia Triada
The monastery of Agia Triada of Tzagarolon is one of the richest and most beautiful monasteries in Crete. It is built near the airport of Chania, in the position Tzobomylos of the Cape Melecha and at the foothills of Stavros Mount. The distance from Chania is only 15km. The monastery was built by the Venetian nobles Jeremiah and Lawrence Tzagarolo. Jeremiah was a famous scholar of his era with rich education and was a friend of the Patriarch of Alexandria, Meletios Pigas. Jeremiah himself was a candidate for Patriarch of Constantinople. Moreover, Jeremiah designed and built the monastery complex of the monastery, being affected by the architect Sebastiano Serlio from Verona, Italy.

Gouverneto Monastery
Gouverneto or Gderneto Monastery is located 19km east of Chania, on the north side of the Cape Akrotiri of Chania, near the monastery of Agia Triada Tzagarolon. It can be accessed through the Agia Triada, where there is a sign leading to the Gouverneto.
The Gouverneto monastery was built before 1537, as proved by an inscription at the entrance of the fortress, being one of the oldest monasteries in Crete. It is believed that the monastery was founded by hermits and monks of the seaside Katholiko Monastery, who may built the new monastery over a pre-existing ancient temple so as to protect themselves from pirate raids.

Eleftherios Venizelos Graves
The graves of Venizelos are located in a very historic location of Chania, next to the Venetian church of Prophet Elias at position Froudia with panoramic views to Chania. The temple was originally dedicated to the Prophet Elisha, while in the 16th century the nave of the Prophet Elijah was added.

Aptera Archaeological Site
The ancient city of Aptera was founded in the 8th century BC in a panoramic position that controlled Souda Bay and flourished in the Hellenistic period. It was abandoned in the Arab years, when it was destroyed by the pirates (or an earthquake).

Knossos Palace
Knossos was the most important city on Crete before the Roman Era and the center of the first brilliant European civilization, the Minoan.

Archaeological Museum in Heraklion
Τhe collection of the Minoan antiquities in the Archaeological Museum of Heraklion is the largest in the world and the museum is considered the main Museum of Minoan civilization. It is classified as one of the largest and most remarkable museums in Greece and one of the most important in Europe. Its exhibits include representative samples from all periods of Cretan prehistory and history, covering about 5500 years, from the Neolithic period to Roman times. The most important collections are those including masterpieces of Minoan art.

Itzedin Castle
A Turkish castle, built in the 19th Century. Also known as the Kalami fort. 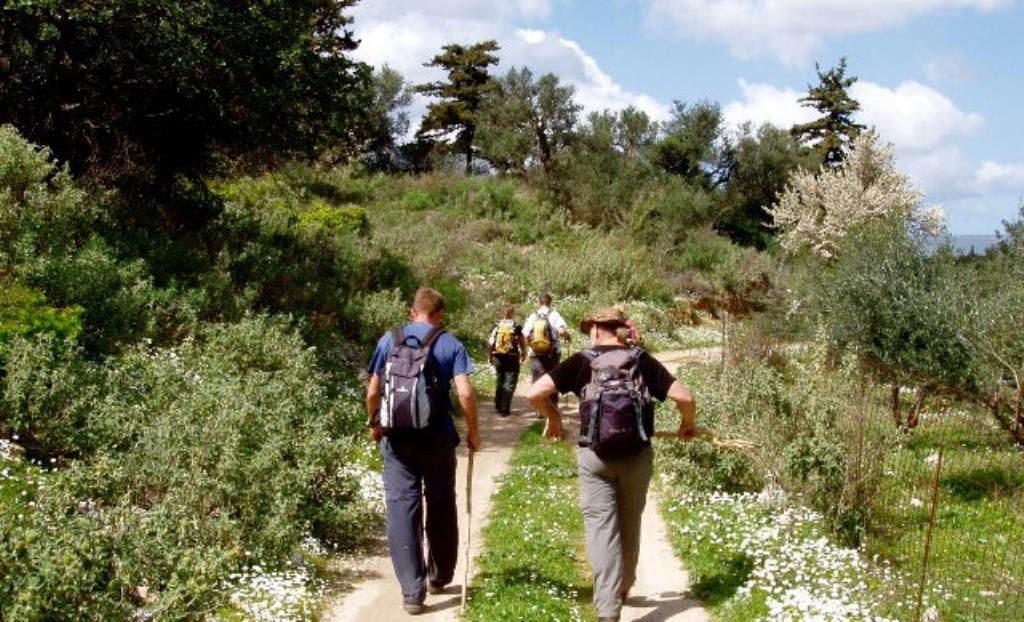 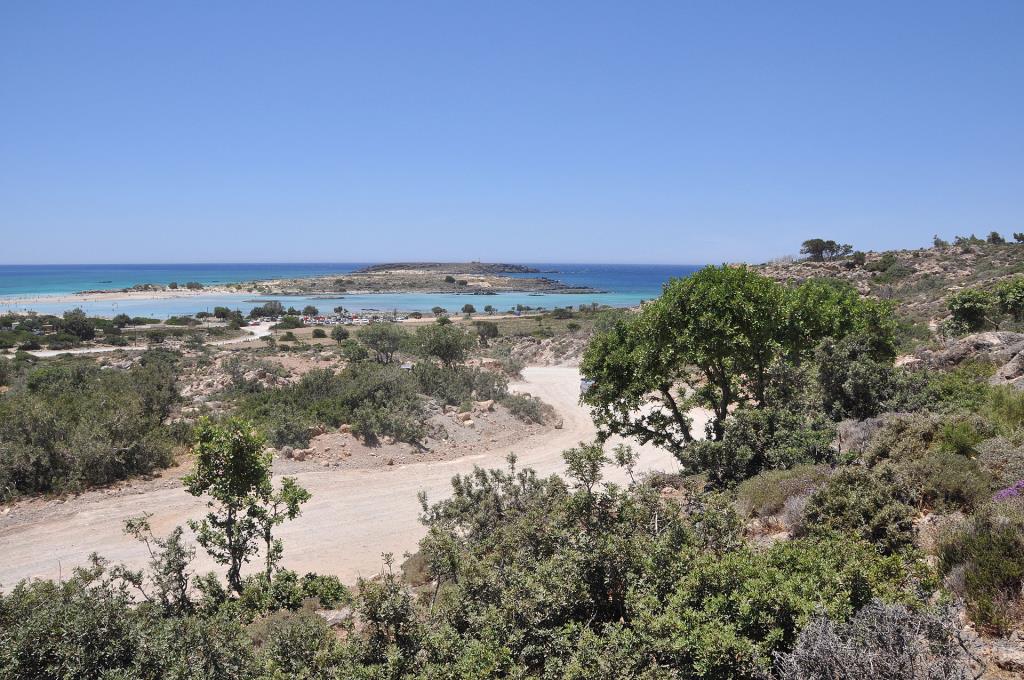 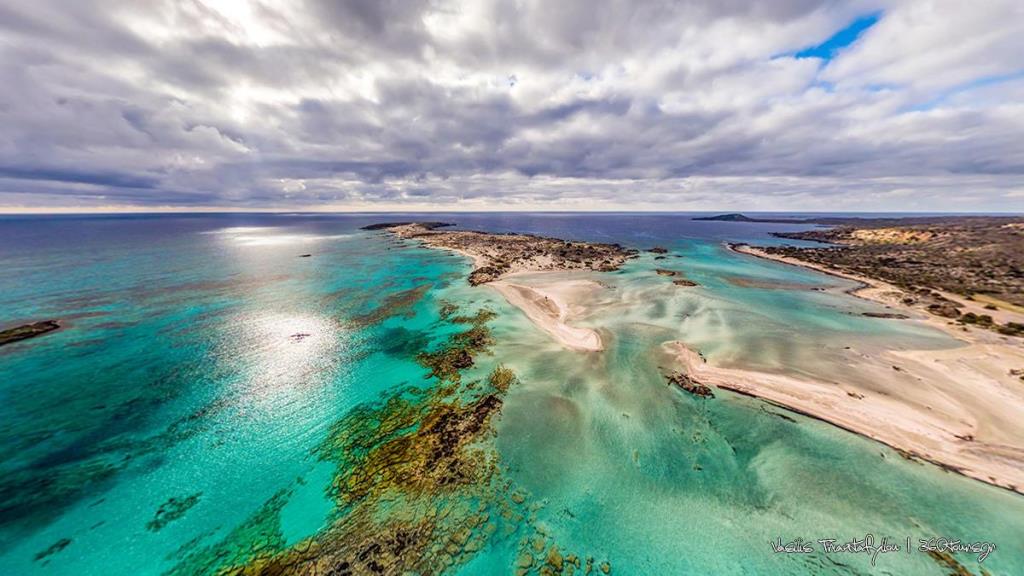 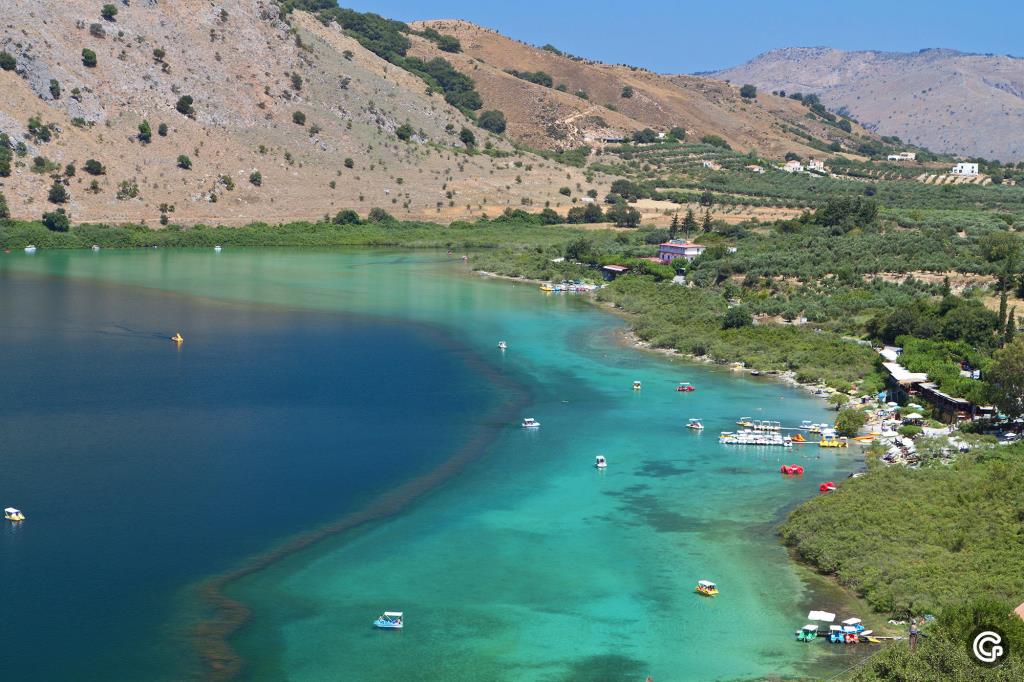 Falassarna Beach
At this incredibly long beach with cool and deep waters you will also find paragliding, windsurfing, kite surfing and other watersports.

Samaria Gorge
This is the well-known gorge of Samaria, where thousands of visitors come to Crete and hike this gorge. This is a 16km (mainly downhill) hike - a whole day event. You can do it on your own by use of the local bus service from Chania central bus station or by organized tour (ask us while you are staying with us).

Therisso gorge
This is a unique gorge as it is one that you drive through to reach the historical village of Therisso where there are several taverns and a resistance museum.

Imbros gorge
A short and easy hike (about 8km) that originates from the last houses of the village and ends at Komitades village. A guide is not needed. Once at Komitades village you can take a taxi back to your car (or if you are up to it, hike all the way back).

Aradena Gorge
The deepest gorge in Chania is the gorge of Aradaina. The 138 meter deep gorge is ideal not only for sightseeing or hiking but for bunjee jumping as well. The trekking inside the canyon till the exit on the majestic Marmara beach is an unforgettable experience for those who attempt the descent of the canyon.

Balos Lagoon
The famous lagoon of Balos is located approximately 56km northwest of Chania and 17km northwest of Kissamos, formed between the Cape Gramvousa and the small Cape Tigani and below the range of Platiskinos. Balos is famous for its turquoise waters, the wild natural beauty and the beautiful exotic scenery.

Elafonissi beach
Elafonisi is located 76km west of Chania and 5km south of Chrysoskalitisa Monastery, in the southwesternmost tip of Crete. Elafonisi is an oblong peninsula, which often breaks in two parts by water giving the impression of being a separate island. Elafonisi is a Natura 2000 protected area. The island is full of sand dunes with sea daffodils and jupiners. The endangered loggerhead sea turtle and several more rare animals and plants find shelter on the island; it is strictly forbidden to remove any plants, animals, shells and sand from the area.

Lake Kournas
The only freshwater lake in Crete! A good small trip to take with the family to enjoy the wonderful views to the mountains, lake and the sea. Walk around the lake, paddle-boat, feed the ducks and have a snack/lunch at one of several cafes/taverns.

Cave of Elephants
The submarine Cave of Elephants is located in Drepano area of Akrotiri, in Chania prefecture and out of Souda Bay. The findings αre fantastic apart from the breathtaking beauty of the cave.
The entrance of the cave has 9m height, 6.5m width, starts at a depth of 10 meters below sea level and continues in a tunnel about 40 meters in length. The roof of the cave is full of reddish stalactites. In the water, there are many stalactites, which states that once the floor of the cave was not covered by water. Moreover, the air inside the cave is breathable.
The most importantly findings of the cave was the identification of paleontological material that it consists mostly of bones of elephants and a very small percentage of deer bones (Cervidae). These findings were new for Crete are the unique coming from submarine caves